Having lived my life on two sides of the same [Christian] track I have seen a lot of different things, especially when it comes to views of this country.  Growing up in a historic African American context I heard much about the United States but not much around National holidays and an unintentional differentiation between.

END_OF_DOCUMENT_TOKEN_TO_BE_REPLACED

The problem with drawing lines in the sand is that with a breath of air they disappear.

I remember driving around Kansas City with some friends while in college when I was first encountered this question that had plagued me for the entirety of my Christian life, “what is the difference between Christian and secular music?”  You see on my radio I was listening to “secular” music and my friend was becoming continually and visibly agitated with it.  When he asked me to change it, the question was raised by another friend.  Although it seemed an initially obvious answer, I did not immediately know that answer.  Actually, the more I thought about it the more I realized I am not sure.  Was it that a Christian song had to mention Jesus or God?  If that is true then what do we do with the books of Esther and Song of Songs (which do not mention either)?

Unfortunately, this is a dilemma that is not unique to the sphere of music.  We live in a world where the divide between Secular and Sacred is constantly and adamantly being drawn by both Christians and non-Christians alike.  We are frequently labeling things “Christian” that I suppose we fear otherwise might be confused for something else.

If our music, our schools, our groups, our books, our actions do not point those around us to Jesus, and serve to redeem a broken world, then are they not indeed unchristian?  Instead of creating clear bright line, like we would like, Christ blurred the lines between secular and sacred, seemingly implying that the division the ritualistic religion of the day had crested a false division.  If All things are God’s, all things are in fact sacred?  IS this going to o far?  Why? Furthermore, He was criticized for almost everything he did because he acted as if things such as the purity and impurity, pious and impious, Jew and Gentile, powerful and weak, rich and poor did not exist as the world saw them.  When Paul came on the scene he preached this as he proclaimed in Romans there is no division, but “all are one in Christ Jesus.”

Is it easier to know who is in or out?   Is it that we wanted to be able to sit at the table with drunkards tax collectors and sinners, as long as we knew who was who?  Honestly , I’m not really sure, so I put the question to you, is there a Sacred/ Secular divide?

“It frustrates me how church people discern truth using their politics instead of their Bibles, and it frustrates me that they don’t know the are doing it.”

As an American and also as an evangelical Christian, I can hardly bear to watch this nightmare unfolding. It’s bad for Christianity, heck it’s bad for America. Here is my take on the sorry spectacle of Christian politics — and how to fix it.

Politicians continue to use and abuse the language and symbols of Christian faith in order to win political support. They speak of God, Jesus, Christian faith and Christian values. They bow their heads in prayer at a million chicken dinners. Then Christian voters — perhaps flattered, perhaps reassured — think that these evocations of Christian symbols and terms actually mean something. Living in the Midwest I I see and hear this kind of foolishness daily. This version of Christian politics is inherently corrupting to Christian faith, ethics and witness. It confuses the message of Christianity with that of the politician of the moment. I’m not sure about your baptism but I do not remember getting handed a card to a particular political party. This conflation damages the moral witness of Christians in culture, it makes it harder for millions to even consider the claims of historic Christian faith. It drives many away from God altogether. Don’t believe me? Let me give you an example.
The whole Obama rodeo clown debacle is repugnant. Some people at the fair see the rodeo incident in which a ringleader taunted a clown wearing a mask of President Obama, played with his lips as a bull charged after him was neither racist nor disrespectful. The hooting and hollering from the crowd that night was because of a fundamental dislike of the president. Immediately we had “Christians” on the Left and Right claiming a foul and I do not want to get into the details but there are somethings I want to point out:
Here is a wake-up call:

I know you agreed with some of the list and others you disagreed but I want to ask you this, What kingdom are they fighting for? When you listen to them talk/ advocate for their position who are they talking about? A Political party, an ideology, or Christ? Better yet if someone were to listen to you talk/ advocate who would they say you are talking about? Unfortunately, we have sold out to these fiefdoms while the Kingdom of God (you know the one that Christ died in establishing) loses ground. Do not allow your voice to be co-opted by your allegiance to an earthly kingdom or party. We have prostituted ourselves out so much that the outside world does not know the difference between Christ many political parties and that is a shame.

We are fighting for the wrong kingdom, let’s start fighting for the right one because all of the other ones are just [really] ghetto idols. It’s not that much different than when my son puts on my shoes and marches around the house trying to be me. Though its cute, he is a far cry from filling the shoes he’s trying so hard to handle.

Every year we jump into the Christmas holiday with so much joy, angst, and a lot of preconceived notions of what really happened in the nativity scene and surrounding story.  So I wanted to give you a quick quiz (don’t worry if you just finished finals) to see what you know about what really happened that night.  Take the quiz and sharer your score below in the comment area, also if you have disputes I will try to address them so leave them in the comment below.  Have fun!

A few years ago (in a different life) I had the pleasure and privilege of working with, and ministering to a young woman with an amazing story and heart of gold. Her name is Crystal Renaud and she is the founder of a ministry called “Dirty Girls Ministries” and author of a book named “Dirty Girls come clean” which are both aimed at providing help, hope, and healing for women dealing with pornography and sexual addiction.  The other day she tweeted this,

Oh dear. I’ve been bit by the idea bug. The only cure is to stay up for many more hours to see if said idea becomes nothing or something.

Crystal is a dynamic, honest and very creative young woman and the idea from that tweet reflects this reality. I pray that you don’t just read this post but get involved!

Black Friday. Small Business Saturday. How about Give Back Wednesday?

What if before the big bird is carved and the big screen TVs go on sale, we all took a moment to give back to the ministries, organizations and individuals who serve others all year long?

There’s absolutely nothing wrong with shopping this weekend and getting in on the great deals. But consider giving back on Wednesday first and support the causes that rely on your generosity to keep them going. Check out the “GIVE BACK” tab above for some organizations that would greatly appreciate your donation. If you would like to add to this list, please reply below with the name and website you would like for us to add.

Share this idea with your friends using the social media links below (#gbw). If you decide to give back, please leave a comment on the “I GAVE BACK” page. We’d love to track how many organizations are impacted by this effort.

Below is a list of causes who would greatly benefit from your donation. Click a link to visit their website for more info and to donate. If you would like to add to this list, please REPLY HERE with the name and website you would like for us to add. Non-Profit Organizations/Tax-Deductible Giving only, please. If you decide to give back, please leave a comment on the “I GAVE BACK” page. We’d love to track how many organizations are impacted by this effort. 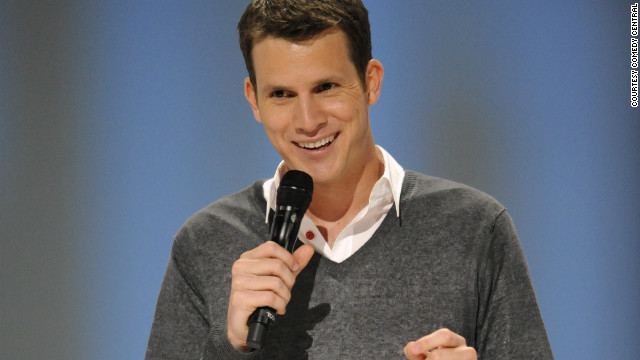 If you have neverheard of the show Tosh.0 itis an American television series hosted by comedian Daniel Tosh, who provides commentary on online video clips, society, celebrities, and other parts of popular culture and stereotypes. Between his show and his standup Daniel Tosh is known for not only crossing almost every line he approaches but offending any and everyone that listens or watches his show. To be complete honest I have watched and laughed at his comedy and I have also been deeply offended by it too. Recetnly, Tosh drew widespread criticism across the Internet after an account of his standup show made its way into the blogosphere. In a post, a person purporting to be a friend of someone who attended the show said Tosh made,

“some very generalizing, declarative statements about rape jokes always being funny, how can a rape joke not be funny, rape is hilarious, etc.”

The blog post claims that the offended attendee yelled out,

After which, the friend said, Tosh asked the crowd,

“Wouldn’t it be funny if that girl got raped by like, 5 guys right now? Like right now? What if a bunch of guys just raped her.”

The audience member was said to be

“completely stunned” by Tosh’s words and to have “high-tailed it out of there.”

Soon after, Tosh tweeted this apology:

Here’s my issue with this whole situation, isn’t this all our fault? Have we not created a culture that which comedy like this and jokes about what happened in Aurora, CO are okay? Here is what I mean. Anymore I am not surprised at the trajectory of our culture in general. The culture that we live in is a direct reflection of our own minds and lives. Though I do not condone what either Daniel Tosh or Dane Cook have said lately I do understand that their comments we a reflection of what we worship. The Bible say,

I appeal to you therefore, brothers, by the mercies of God, to present your bodies as a living sacrifice, holy and acceptable to God, which is your .spiritual worship. Do not be conformed to this world, but be transformed by the renewal of your mind, that by testing you may discern what is the will of God, what is good and acceptable and perfect.
– Romans 12:1-2 (ESV)

In our society we seemed determined to worship everything but God [Himself] and then we are aghast when someone attacks our idols or when our idols turn and attack us. Do you remember the show “When animals attack”? When it’s on I find it near impossible not to stop and watch it for many reasons.

What I’ve noticed in each one is that we humans have the audacity to think we can tame a lion, tiger, bear (oh my!) and are surprised when they turn and act as they were designed. Doesn’t that sound silly? As comedian ChrisRock once said,

We shouldn’t be surprised when something acts as it was created to act, and that goes for our celebrities also.
These are just my thoughts. What are yours? Please vote or comment below.