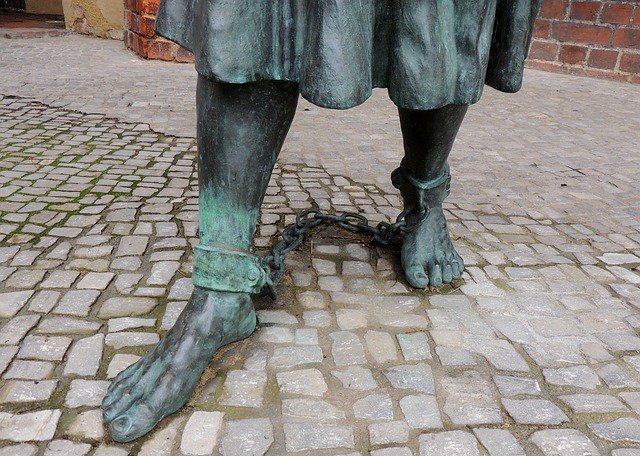 “Anytime, anytime while I was a slave, if one minute’s freedom had been offered to me, and I had been told I must die at the end of that minute, I would have taken it—just to stand one minute on God’s earth a free woman—I would.” – Elizabeth Freeman (also known as Bet or MumBet, was the first enslaved African American to file for and win a freedom suit in Massachusetts.)

During the Civil War, President Abraham Lincoln issued the Emancipation Proclamation on September 22, 1862, with an effective date of January 1, 1863. It declared that all enslaved persons [only] in the Confederate States of America in rebellion and not in Union hands were to be freed.  There is no one reason why there was a 2½-year delay in letting Texas know about the abolition of slavery in the United States. Some accounts place the delay on a messenger who was murdered on his way to Texas with the news, while others say the news was deliberately withheld. Despite the delay, slavery did not end in Texas overnight, after New Orleans fell, many slavers traveled to Texas with their slaves to escape regulations enforced by the Union Army in other states.

Two months following General Lee and the Confederacy’s surrender, Major General Gordon Granger of the Union Army arrived on the island of Galveston, Texas. He came with 2,000 Union troops to occupy Texas on June 18, 1865, and the following day—June Nineteenth—on the balcony of Ashton Villa, he officially heralded the news of the Civil War and slavery’s end in the Confederate States (Lincoln immorally allowed all states in the Union that did not secede to continue the gross practice of chattel slavery). Known as General Order Number 3, Granger declared:

“The people of Texas are informed that in accordance with a Proclamation from the Executive of the United States, all slaves are free. This involves an absolute equality of rights and rights of property between former masters and slaves, and the connection heretofore existing between them becomes that between employer and free laborer. The freedmen are advised to remain quietly at their present homes and work for wages. They are informed that they will not be allowed to collect at military posts and that they will not be supported in idleness either there or elsewhere.”

Juneteenth represents the day the whole of America was set on a trajectory of freedom and justice for all. Some African Americans were immediately freed as Union Army soldiers executed the orders, while others were illegally held captive or killed in an attempt to act upon their freedom. One lady was illegally enslaved and whipped by her mistress for an additional six years following the General Order. Even so, many African Americans celebrated the date of this proclamation freely for decades, some even returning to Galveston to reunify with family and friends for encouragement, prayer, and celebratory activities.

Juneteenth marks the beginning of America’s self-actualization of its foundational principle of freedom. Obviously, it would take over a century for African Americans to begin fully participating in this American freedom sans the threat of Jim Crow laws and violence. But Juneteenth remains the one identifiable mark where America’s truer and better Independence Day begins. Van Newkirk, writer for The Atlantic, probably puts it best:

“As a national holiday, Juneteenth, immersed as it is both in the canon of old history and in the ongoing struggle for civil rights, would be the only one that celebrates liberty in America as it actually is: delayed.”

If anyone understands this concept of freedom in America, it should be the Christian. Christ died for us while we were yet his enemies (Romans 5:8). We were in bondage to sin and forced to serve the flesh (Romans 6:17–20). But thanks be to God for the person and work of Jesus, who freed us from sin and saved us to God for a future that ends and begins in eternity with him (Romans 6:22). When Christ saved us, He redeemed the whole of us. He didn’t just save the clean parts of us. He didn’t only accept the parts of us that we can easily manage or the parts of us that are morally acceptable. He accepted the dark, vile, disgusting, lustful, racist, and secret parts of us, and redeemed all of it for His glory. It would not be much of a reason to celebrate Easter or Christmas if Christ only came to save the parts of us that are “good.”

So in similar fashion, Christians living in America should champion Juneteenth as the standard for America’s Independence Day. It represents the day the whole of America was set on a trajectory of freedom and justice for all. No longer was it legal for people to own people. Juneteenth marked the beginning of wiping away the stain of hypocrisy from the words,

“We hold these truths to be self-evident, that all men are created equal, that they are endowed by their Creator with certain unalienable Rights, that among these are Life, Liberty and the pursuit of Happiness.”

Our typical July 4 celebrations rightly focus upon the traits that define the potential for a nation’s greatness. Life, liberty, and the pursuit of happiness are noble, lofty goals. But reality is often more grim than the ideal. In reality, our nation’s foundation was stained with greed, a need to own, conquer, and prosper. Those base traits define us as much as the noble ones. Juneteenth gives us the opportunity to celebrate rightly, from reality. Acknowledging what is true, even the vilest truths, enables our nation to celebrate from a place of humility and contrition. Such a people is one our Creator is happy to bless.