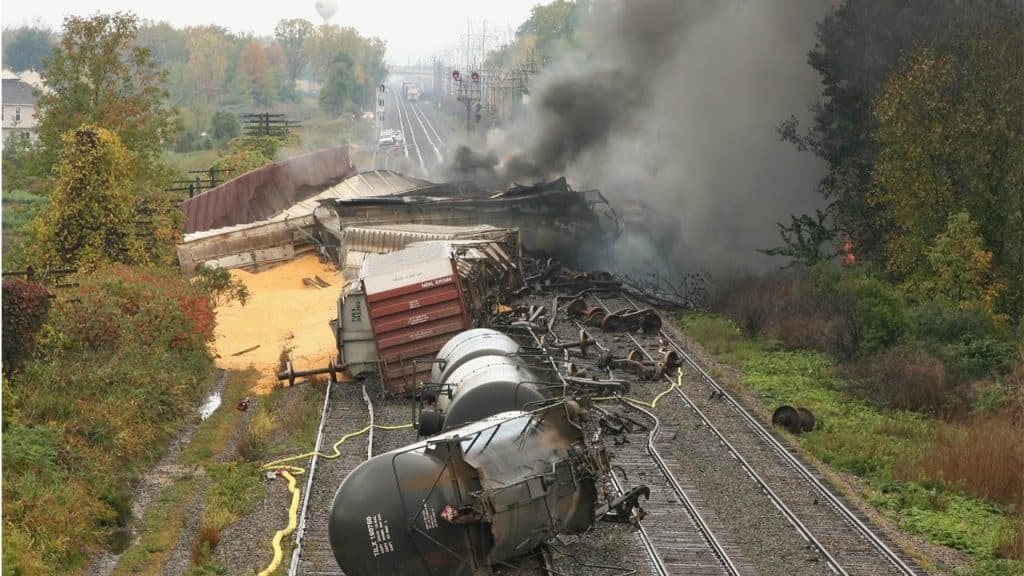 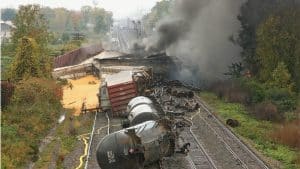 END_OF_DOCUMENT_TOKEN_TO_BE_REPLACED

Statistics like this should make you very angry, and the Bible is clear that they make God very angry. It’s only by God’s grace and his promise to Noah not to do so that we aren’t wiped out by yet another flood.

Inherent in the story of the Flood is a story of redemption. Rather than wipe out all of humanity, as God would have justly had the right to do, he chose to preserve his creation through Noah and his family.

Mankind is still wicked to the core. Unspeakable acts are still committed globally. Sin is still prevalent. God is still grieved. Thankfully, we have the opportunity for salvation through Jesus’ work on the Cross and his resurrection, and for the world to be redeemed and ultimately restored to the point where God can say about creation, as he did in Genesis 1, that it is good.

The Bible is clear that it is only Jesus who changes the hearts of men. And it is only through Jesus that this broken and sin-soaked world will be changed and redeemed. Jesus is the hope of the world.

This lead’s me to the video for this week about a man named Jacob.  “Jacob’s Story” is a mini-documentary about a man that once made his living by trafficking women & children for the purposes of commercial sex.

Jacob worked as a trafficker for a crime syndicate in Johannesburg South Africa.  In this film, he speaks openly about his work as a brothel manager and he explains how syndicates all over the world operate as they exploit the weak and powerless. Most importantly, you’ll hear about the life transformation that’s taken place in Jacob’s life.

From trafficker to rescuer. Only in the Kingdom of God.

Jacob is living proof that when the Gospel changes the hearts of men; everything changes.

As the weekend approaches I know that some that read this blog may be tempted to make some rather irrational (or rational by today’s standards) choices when it comes to sex and their relationships with the significant other.  Social researchers Mark Regnerus and Jeremy Uecker expose nine myths about sex and relationships among emerging adults in America (ages 18–23) and I wanted to add one more (not that I’m half as smart as them) to the end.

Myth: Long-term exclusivity is a fiction

Myth: The introduction of sex is necessary in order to sustain a fledgling or struggling relationship

Myth: Boys will be boys. That is, men can’t be expected to abide by the sexual terms that women may wish to set. You may not want the double-standard to be there, but it’s there

Myth: It doesn’t matter what other people do sexually; you make your own decisions

Myth: Everyone else is having more sex than you are

Myth: Sex need not mean anything

Myth: Moving in together is definitely a step toward marriage

The above were taken from a book entitles Premarital Sex: How Young Americans Meet, Mate, And Think About Marrying.
I would like to add one more myth from my personal experience and from pastoral work:

Again, I don’t claim to have a complete answer to any of these questions but I can say this with cofidence, Sex is NOT just a physical act!

A few weeks ago I received an Facebook message from a friend and someone that I have had the chance to do some premarital sessions.  We have had a few discussions on the subject of pornography and its [destructive] effect on relationships.  Honestly, it is so powerful that it initially brought me to tears and I have been thinking through a time that would be appropriate to  share it with you.

Anyways, the poem is a bit graphic, but only so far as it needs to be. I think it’s particularly heartbreaking in drawing out the clear connection between pornography and violence. And it’s just a realistic look at how so many men are damaging and destroying their wives and families. It’s reality.

I saved my best for you.
Other girls may have given themselves away,
But I believed in the dream.
A husband, a wife, united as one forever.

Nervous, first time, needing assurance of your love,
I looked for it in your eyes
Mere inches from mine.
But what I saw made my soul run and hide.

Gone was the tenderness I’d come to know
I saw a stranger, cold and hard
Distant, evil, revolting.
I looked for love in your eyes
And my soul wept.

Who am I that you cannot make love to me?
Why do I feel as if I’m not even here?
I don’t matter.
I’m a prop in a filthy play.
Not an object of tender devotion.

Years pass
But the hardness in your eyes does not.
You think I’m cold
But how can I warm to eyes that are making hate to someone else
Instead of making love to me?

I know where you are.
I’ve seen the pictures.
I know now what it takes to turn you on.
Women…people like me
Tortured, humiliated, hated, used
Discarded.
Images burned into your brain.
How could you think they would not show in your eyes?

Did you ever imagine,
The first time you picked up a dirty picture
That you were dooming all intimacy between us
Shipwrecking your marriage
Breaking the heart of a wife you wouldn’t meet for many years?

If it stopped here, I could bear it.
But you brought the evil into our home
And our little boys found it.
Six and eight years old.
I heard them laughing, I found them ogling.

Hands bound, mouth gagged.
Fisheye photo, contorting reality
Distorting the woman into exaggerated breasts.
The haunted eyes, windows of a tormented soul
Warped by the lens into the background,
Because souls don’t matter, only bodies do
To men who consume them.

Little boys
My little boys
Laughing and ogling the sexual torture
Of a woman, a woman like me.
Someone like me.

An image burned into their brains.

Will their wives’ souls have to run and hide like mine does?
When does it end?

I can tell you this. It has not ended in your soul.
It has eaten you up. It is cancer.
Do you think you can feed on a diet of hatred
And come out of your locked room to love?

You say the words, but love has no meaning in your mouth
When hatred rules in your heart.
Your cruelty has eaten up every vestige of the man
I thought I was marrying.
Did you ever dream it would so consume you
That your wife and children would live in fear of your rage?

That is what you have become
Feeding your soul on poison.

Was it worth it?

Steve Jobs is a fan of Bob Dylan, so one customer emailed him to ask how Dylan would feel about Jobs’ restrictions of customers’ freedoms.

The CEO of Apple replied to say that he values:

In the most revealing line, Steve Jobs dismissed the critic thus:

Pause for a moment and consider what the above emails represent.

The CEO of one of the wealthiest, most successful international companies responds to the email of a customer. Business prospers on the mantra ‘The customer is always right.’ Business wants the customers’ money.

But in this case, over the moral issue of pornography, Jobs is happy to tell customers to buy a different product. He argues that children and innocence ought to be preserved—and that trumps the dollar.

Do I use Apple products? Yes. Are they great? Yes, but there is no need for me to follow blindly.  Do we need to support people that we agree with? Sure. I support President Obama’s statement that he wants to lower taxes, but also take issue with some other ideas he has. 40 Days of Purpose, Prayer of Jabez, The Shack, Bono, Steven Baldwin, Oprah, Ford, Pepsi, Disney, Bill and Melinda Gates Foundation, Microsoft, Adobe, IBM and many other products have all been boycotted or embraced by Christians at some point, and some of them have had both done to them. I think Job’s newly publicized anti-porn campaign is a great idea. More people should support that type of thinking. I also think it is great marketing, especially coming from a liberal CEO towards a naive conservative fan base who has in the past questioned his Buddhist and mostly agnostic beliefs. The same conservative group who flipped out back in 1977 when the first Apple retailed for $666.66.

Will I continue to use Mac’s? Sure, if they serve the purpose. Will I purchase one because of a statement that cannot even be upheld? NO.  But I do like to support people who have similar morals.

What do you think?

So here are some Next Steps
1. Come Clean (Prov 28:13; James 5:16)
The first thing to do is get the monkey off your back. Get face-to-face with God, let Him know you are ready for change and tell another human being.
2. Work out your faith (James 1:4)
You will have to work this thing out. It might mean you join a local group like Life Ministries or another anonymous group. Nationally there are a number of 12-step programs devoted to sex and pornography addictions and countless other Christian programs.
3. Get Accountable (Galatians 6)
You must keep your behavior in check with a close friend or accountability partner.